1978
The beginning
Karl Egger left his homeland, Munich, and moved to the south of Tuscany. The feeling of having lost the authentic taste of food and the perception that decades of intensive agriculture all over the world were leading to the unlimited depletion of soils, drove him towards Maremma, where he bought 7 hectares of land, to grow fruit and vegetables naturally.
A farmhouse was located on this property, originally called “La Selva”.

1980-1985
LaSelva and Naturland
The first crops were developed in 1982. In the same period, in Germany, Karl Egger was involved in the setting up of the organic farming association, Naturland. In 1984 LaSelva became the first Naturland-certified business beyond German borders.
Dr. Richard Storhas, the first CEO and Chairman of Naturland, and Mario Turri, an agronomist from the University of Padua, advised Karl Egger on the entrepreneurial decisions to be taken during the initial business phases and helped him transfer to company staff the agronomic basics required to correctly grow crops according to organic farming principles.

1986–1990
Expansion of the partner network
Karl Egger understood that making preserves was the best way to enhance the products grown on his farm. The direct processing of freshly picked vegetables began after involving several local producers and the first specialty products in glass jars started to be sold. 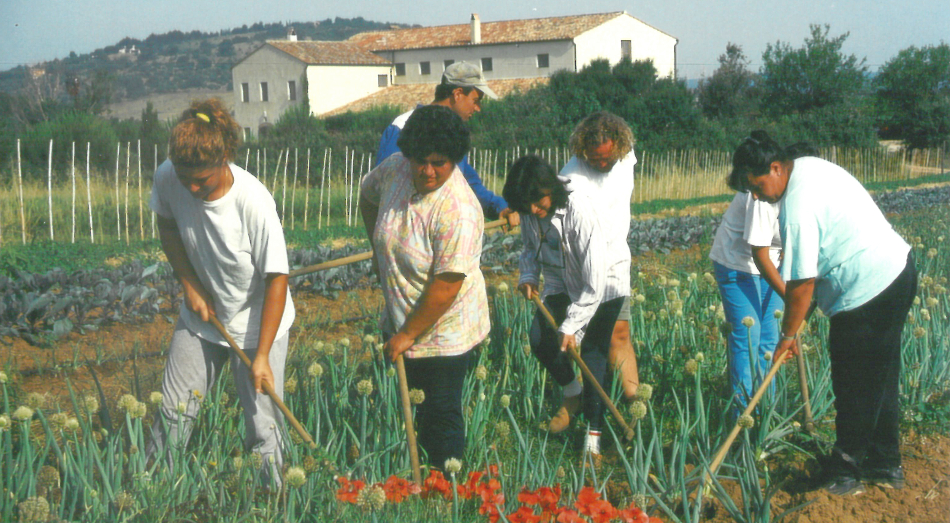 1991-1995
Business transformation
LaSelva built its own in-house laboratory for the processing of fruit and vegetable. The fruits of the earth started to be directly processed on the farm, combining modern techniques and careful and detailed manual work.
In 1995, the first room of the LaSelva holiday farm was rented out.

1996-2000
In 1996 Karl Egger took over the ownership of the “La Dispensa di Campagna” processing plant in Donoratico (LI). From then onwards, the tomatoes grown in the LaSelva fields were directly processed.

2001-2005
In 2003, the construction of the LaSelva Wine Cellar was completed in Poderone (Magliano) in Tuscany, allowing the company to make wine in the Morellino di Scansano area.
The first web shop of LaSelva was launched in 2004.

2011-2015
In 2015 LaSelva celebrated 35 years of business.
In November 2015, the founder of LaSelva and pioneer of organic gastronomy, Karl Egger, handed over the running of the company to the food technologist Christian Stivaletti, who had been involved, already since 2013, in the business’ management given his experience in the fields of production, environmental issues, occupational health, and quality control.

Today
Today LaSelva is spread across an area of over 800 hectares and produces a large range of food specialties and organic wines.
The pleasure of good food is at the basis of our business philosophy: LaSelva captures the intense and authentic taste of freshly picked fruits in its jars. “Nothing is taken away, nothing is added” is the motto and guiding principles for growing our crops, developing our recipes and processing our products. This is all done with a strong commitment and passion for nature and for taste.

The majority of our products don’t contain gluten, yeast or lactose. Our product portfolio includes almost 200 organic and vegan specialties and 12 wines.